The dietitians I’ve talked with about patients on nocturnal dialysis don’t report that patients have gained weight. They report that patients have a more “normal” diet. I suppose if your appetite is better because you’re less uremic or if you choose more fattening foods, you could gain weight, but it all comes down to choosing healthy foods in moderation and exercising, which you may feel more able to do if you’re less uremic and anemic.

I have actually lost all the excess weight I had put on from 6 years on PD. I have never had any issue with weight gain due to nocturnal. 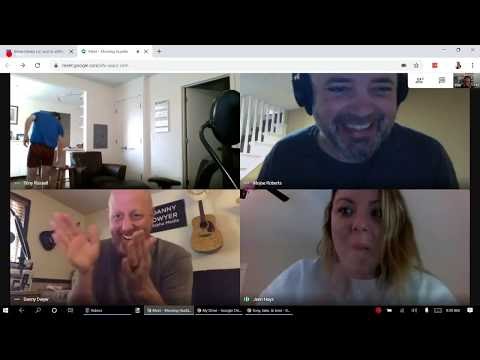 I was thinking there would be a weight gain with nocturnal, because most everyone I know who does SDD reports gaining 10-30 lbs. With phos. restrictions lifted, I would of thought that this is where a weight gain would occur since one would need to eat more phos. foods to keep phos. up, and because one would gravitate to eating the dishes forbidden or limited previously such as ice-cream /milkshakes, meals heavy in cheese etc.

I don’t know what it is exactly, but after being on such a strict diet, when one goes to SDD and has just a little more to eat, or a little more variety, it seems something causes weight gain. Perhaps it has something to do with the metabolism. I don’t know if it’s any different with nocturnal as I have not had the opportunity to ask this of many nocturnal patients.

Appetite improves with SDD and I would think appetite improves even more with nocturnal txs. So, whereas dietitians say that getting into a good balance of eating the right things and exercise should take care of it, I am wondering if there is other info those new to nocturnal need to know to get through the transition and achieve a balance.

Jane, I’m sure some of that depends on whether people started SDHD or NHD overweight or underweight. If you have some pounds to lose (say, from PD), it appears that it’s possible to lose them. Many folks on dialysis are malnourished–to the point of being at an increased risk of death. Starting a better form of dialysis that gives them back their appetite can allow them to gain muscle weight. That doesn’t mean you’ll get fat doing it.

Going to nocturnal txs certainly is the best direction to go in. But I am saying that with better appetite and the freedom/need to eat more phos foods, it is essential to get a grip on the situation and incorporate exercise and wise eating habits. I know those on SDD don’t figure out how to do that so quickly and they start piling on the lbs. So, it stands to reason that someone who goes nocturnal may gain even more.

When it comes to weight management, I don’t know if it is the same with a chronic person as it is with a non-chronic person. Medications we must be on interfere with the way food is metabolized. I just think there is more to it and chronics may need special strategies when one goes from years on the very substandard renal diet all the way up to a no restrictions nocturnal eating style. And despite the change in diet, most still will not be able to drink water freely so I would think different conditions warrant special solutions as compared to non-chronics and as compared to where the patient once was with his renal disease.

Not sure where your ideas come from? Is this from what your Dr or renal team tell you? Is this due to other health issues you have? You don’t have to answer.

In center dialysis was by and large the worse medical thing I’ve ever come across. I can’t thing of what to call in center other than thing. It was not a real medical settings.

As to home for me. There was never any restriction other than watch fluid and foods high in phos. high postassium. there was never a complete lift of all things. my weight has been a constant 105 kilo since I got out of ‘‘in center’’. As to gaining weight or lost of weight. I thought it was based on the person. An older person who didn’t get out much or do much outside of reading or tv. There dr would look at there intake very different from mine. The only way I could see the need for more or less is if your body needed more or less. I take supplesments ,but I’ve been taking them for yrs. 81 mg bayer,fish oil , folic acid, some others.

Update us, your on home hemo with nxstage? The only issues Ive ever had is with my providers.