Another reason to do home dialysis

Doctors aren’t always sending people to the best clinic. I do believe many people are going to clinics where their nephs are the medical director, sounds like a conflict of interest if I ever heard one.

Looks like some doctors here in Colorado would have preferred sending their patients elsewhere and finally had to quit their roles as medical directors to get on with other dialysis companies.

The Stark law ( http://en.wikipedia.org/wiki/Stark_Law ) is supposed to prevent doctors from sending people to a facility where the physician has a financial interest, but nephs got an exemption.

Surprise! It is causing problems: 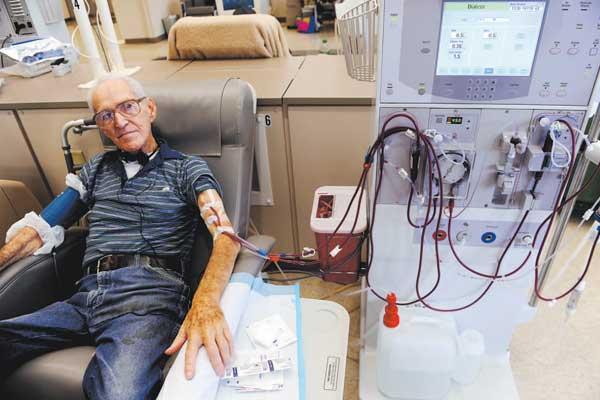 "The mud began to fly last year when the second-largest group of Denver kidney doctors, called nephrologists, ended their exclusive affiliation with DaVita and partnered with a Massachusetts dialysis company entering the Denver market. Near the same time, the largest nephrology group in Colorado Springs dumped DaVita in favor of Liberty Dialysis, which recently opened two dialysis centers in the city.

DaVita quickly sued doctors in both cities, plus a nurse battling breast cancer who quit her job at a DaVita dialysis center and took one with Liberty."

I just wanted to also mention the old DialysisEthics website ( http://www.dialysisethics.org/ ) is back up and we are working on a new one. I’m the new front person of the organization and hope you will drop by. DialysisEthics fought a hard fight, but now we feel we can tone that down. We want to be part of the solutions we see coming, rather than continue to point out problems. So come see what we have been up to over the years and I guarantee we have more surprises!

Thanks, Plugger. I didn’t know that DialysisEthics was back. Hopefully a bit less strident this time?

I think a lot of us in this industry want the same things–better outcomes for folks on dialysis primarily.

I never could figure out why the Stark laws exempted dialysis clinics. They really should have been included for the same reason radiology and other health settings were included. I swear I heard of a case in Texas recently of a doctor who was putting people on dialysis who didn’t need it! (Bet he owned the clinic…).

Strident! I like to think we tackled problems enthusiastically.

I think we did have the proper approach for us at the time, but the good fight has been fought and I’ve been assured the enthusiasm won’t be needed anymore. My friends have been teaching me diplomacy and etiquette - no wonder this has dragged on for months.

As for the article I know Arlene from DialysisEthics has been concerned about the Stark law since I’ve known her.

I did want to mention if anybody drops by the old dialysisethics website ( http://www.dialysisethics.org/ ) we are having a problem with spam, so don’t click on anything suspicious - we are deleting as fast as we can. And we are working to get a new site up.