My dad asked if I would post a question to you and any others who may know the answer. As I have mentioned, he is having issues with severe hypotension (BP as low as 65/46) following each of his PD treatments and is concerned about how this is affecting his heart and other organs.

He was in clinic 1-1/2 weeks ago to try the cycler; his nurse felt that it is a definite option for him and he lost 3 lbs. of weight during that 8-hour period. For the next 2 days he was exhausted but since then he has been using 4.25% dialysate during each of his daily 4 treatments. His dr. suggested he stop using salt in his diet to try to keep the fluid off and taking lasex. We are wondering if that may be adding to the hypotension.

His nurse has ok’d him trying 4 2500 ml 4.25% treatments the day before he goes in for his monthly check next month to see if that works as he believes that the cycler will keep him up nights–he said he would be constantly looking at the monitor and if the alarm went off or the machine turned off (as it did in the clinic) would not know what to do.

He is very “down” as he has little energy to do anything and my mom is having non-nephrology issues that he has been able to and wants to keep on helping her with.

The question is: Is there something (medication) out there that could be prescribed to help even out his BP while continuing PD?

Please excuse me if you’ve answered some of questions already, but I’d like to seek advice from an experienced PD nurse. It’s very hard for someone to offer suggestions without additional information.

Here’s a MedlinePlus explanation of hypotension:

It sounds as if the hypotension is what is making your Dad weak and dizzy.
The real issue is determining what is causing the hypotension. Sometimes chronic dialysis patients do have hypotension even when they are not too dry. But that would be the first, obvious thing to check - and the easiest to remedy.

If your Dad has hypotension for other reasons, related to other problems or illnesses, there are drugs or strategies that may help bring up his blood pressure and relieve the symptoms.

I think he needs a workup by an expert nephrologist. Have you thought about making an appointment with his doctor just to address this problem? Or getting a second opinion? - An “old” PD nurse

a kidney patient on dialysis can have hypotension because of many reasons.
i am listing some common causes
1} hypothyroidism{low thyroid hormone level} test TSH,T4,T3.low levels are very common in PD patients
2]weak cardiac muscles{cardiac illness] go for echocardiography test along with lipid profile and ECG.very common in PD patients.
3}low sodim level{hyponatremia]
4}excessive ultrafiltraion .if ur father is losing weight then use low strenght dialysis fluid.
take it seriously hypotension in a dialysis patient is a marker of mortality.

Eileen, just to translate, “excessive ultrafiltration” means removing too much water. Using the higher strength bags removes more fluid, and if your dad is pulling off too much, this would be the simplest reason for his low blood pressure. Being dehydrated feels a lot like having the flu.

Thanks for all of your help, folks.

He actually is not pulling enough fluid or just enough off. Am about to answer Beth’s post now. Just talked with my dad and this was a bad day; he did not pull off any fluid at his 5 pm exchange and his dr. has instructed him to do a 9 pm and a midnight exchange to compensate. Then, he will be back to his normal 4 daily exchanges tomorrow. My dad is getting very tired from the hypotension–when he and my mom were out shopping today, he said he started to see double and was exhausted by the time they got back home. He is getting very frustrated and, I think, scared. I wish I could convince them to move either in with me or to this area, but so far they don’t want to leave where they live.

Thanks for your help!

Here are the answers to your questions:

Just spoke with my dad; today was a bad day in that his BP was very low 79/54. When he and my mom were out shopping, he started to see double and was exhausted when they got home. He has been in touch with his dr. as he was not able to pull any fluid off at 5 pm tonight. He is to do two exchanges yet tonight (9pm and midnight) to try to get the fluid off; then, he goes back to his 4 exchanges tomorrow.

Thank you for your help.

Some of his medications have the side effect of dizziness (Zyloprim and Lasix). If he’s taking magnesium, are they checking his magnesium level regularly? If it’s high, that could cause hypotension. I don’t know what Feracourt is and can’t find it online. It sounds like it might be an iron medication. You might want to check the spelling. This government website has information on health conditions and drugs: 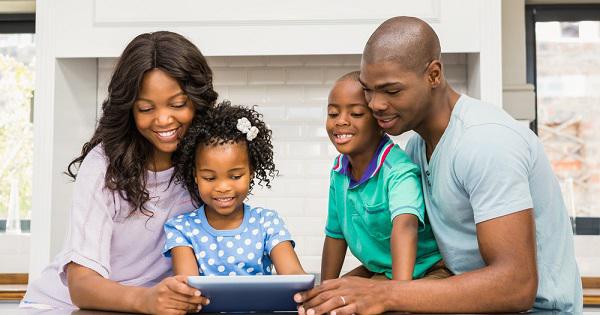 MedlinePlus - Health Information from the National Library of Medicine

Find information on health conditions, wellness issues, and more in easy-to-read language on MedlinePlus, the up-to-date, trusted health information site from the NIH and the National Library of Medicine.

Could his catheter have flipped so instead of removing the dialysate and the extra fluid from his tissues, dialysate could be remaining in his peritoneal cavity after he does an exchange and the body could be reabsorbing it causing swelling…

So far as the cycler is concerned, I don’t know which cycler the clinic uses, but if the doctor is concerned that your dad would stay awake looking at the screen, the Baxter cycler has an option to turn off the screen. So far as whether he would know what to do if the machine alarmed, that’s what training is for…to teach people how to do the procedure and respond to alarms.

We’ve known other patients your father’s age or older who have learned how to operate the cycler. Sometimes doctors and dialysis personnel have misconceptions about who can learn and who can’t that cause them to discourage people from doing one treatment or another.

hey how is ur husband now?
what is his BP